Funding crisis should be addressed urgently

The students in Zimbabwe’s institutions of higher learning have called on the Government of National Unity to take serious and urgent steps to resolve the funding crisis. Over 50000 young careers are on the verge of crumpling as a result of the failure by the Ministry of Higher Education to pay funds for the cadetship support scheme on which these students depend.
There have been unproductive haggling between the treasury and the Ministry of Higher Education that has negatively impacted on innocent students’ lives.  The Ministry of Finance has allocated over 60 million for the funding schemes – the Cadetship and the Grants &Loan Schemes. The Ministry of Higher and Tertiary Education has however decided to shelve the  Grants and loans scheme in preference of the Cadetship which it has grossly politicized for expediency.
Institutions of higher learning have however perennially complained over the non-payment of moneys for the students on cadetship by the Ministry of Higher and Tertiary Education, which has tilted the barrel at the Ministry of Finance.
The Cadetship, Grants & Loans  and the Zanu Pf subbotage
The Ministry of Higher Hducation, which is in the hands of Zanu Pf, has been on the fore of sabotaging policy. The students demanded Grants and Loans , to which the Ministry of Finance responded by making a budgetary allocation that was voted for in parliament. The Ministry of Higher and Tertiary Education decided to cling on to the scandalous Cadetship Scheme which has been marred with gross  irregularities and used by Zanu Pf for political convenience -  to try to win  back the students’  hearts.
The Treasury has been in a perpetual fix over slow-to-non trickling in of revenue from several line ministries –most if which are in the hands of Zanu Pf.  The Ministry of Mines in particular has made the much depended upon diamond revenue elusive to the treasury which has been under pressure –political or otherwise - from other ministry over disbursement of funds.
The Ministry of Higher Education has made unusual noise over the cadetship funds, in frantic attempts to turn the students against the Minister of Finance Tendai Biti and hopefully his party MDC.
It has been Zanu pf’s culture of creating chaos and crisis with the wit of wanting to come in as saviors.
There is every reason to strongly suspect that they will chip in at some point with loots from diamonds through other channels and  pour them in to the Colleges and appear all time messiahs.
Zanu Pf must stop gambling with people’s lives
The Minister of Finance is having sleepless nights over securing of moneys for higher education funding; workers salaries, bonuses; and a whole lot of other government business.
Zanu Pf has been of the fore of inciting various sectors of the society to rebel against the  Minister. Zanu pf has been there, done damage. It sniveled for production oriented ministries which feed the treasury and got almost all of them. There have been outcries from the treasury over revenue sabotage and Zanu Pf wants it to sound as if there is a money printing press at the treasury .
Reorient your priorities, PLEASE
There is greater need for the government to urgently refocus its spending priorities towards delivery of services to the people. Higher education and skills development is one of the crucial priority areas that the government should focus on as this constitute the broader source of human capital – if our production capacity is to be meaningfully revived.
The players in government have been on record of luxury spending and globe-trotting at the expense of government business and the unnecessary egocentrism should cease.
Posted by zinasu at 04:11 22 comments:

16 June, students vow to play their part in the ‘final lap’

Students in tertiary institutions around the country have pledged to play a crucial role in the last lap of what has been a hectic marathon in pursuit of democracy.
Commemorating the massacre of hundreds of students by the apartheid regime in South Africa in various centres across the country,  students noted that lack of democracy and  respect of rights is the greatest threat to academic freedoms and the pursuit of their career dreams and pledged to mobilize each other and other young people to actively participate in the struggle for democracy which is reaching crucial stages with the  nation anticipating  the referendum, the population census and most important of all, the harmonized election.
Speaking at ZINASU’s main celebrations held in Masvingo, ZINASU National Representative Council Leader Cde Joram Chikwadze urged students to take decisive actions and play their role as the vanguards of democracy and safeguard a democratic future of the nations for their own good and for the betterment of the nation at large.
“As students, we have always played a crucial role as the vanguards of democracy and that role has never been so important as it is now and in the following months as we enter the final lap in the race for democracy that we have been running alongside a dedicated dictator who is so allergic to democracy and good governance. We should be motivated by the memories of such June atrocities and inhumane acts by dubious blood thirsty charlatans to champion and scale up the struggle in pursuit of democracy. Lets Champion Democracy and Good Governance in our lifetime. ” Chikwadze said.
Speaking at the same  occasion, Masvingo Chairman and National Representative council member Cde Prosper Tiringindi lamented at the unfortunate events that have characterised the month of June since time immemorial  and urged students and the citizenry to remain vigilant and motivated by these unfortunate acts of aggression by ruthless rascals in rulership positions.
“The month of June is a black month in the democracy dream. Talk of the Soweto massacres, the Pre and Post June 27 horror, the post Murambatsvina June cold. It is however these actions of aggression by uncouth opportunists against fellow human foxes that should trigger us to be vigilant and even be vicious in the fight for democracy. I can see another dictator falling. ”  Reiterated Cde Tiringindi.
The occasion held at Rujeko B grounds with soccer matches, featuring students select team, and youth select team, was also graced by other student leaders and former student leaders and youths from the region and left comrades with new resolve to fight for democracy. There were deliberations over the need for a league for democracy in the students and academic fraternity.
The Student leaders in other regions also convened symposiums and focus group discussions in commemoration of the day and as bold steps to build cadreship as a way of preparing students and fellow youth to actively participate in the coming crucial processes.
The universal message that the union took to the students and fellow youths on this day was that of registering to vote, going out to vote and being prepared to defend their vote in all these coming crucial direct democracy processes.
The students expressed their wish to have the current constitution making  process concluded and that the document and will create a platform for a peaceful free and fair election that will obviously usher a new dawn of a democratic space for the emancipation of the people of Zimbabwe.
There was common consensus that the students will reject any attempt at holding an election without the necessary reforms and that the people of Zimbabwe should not just wait upon SADC but also take the crucial lead at pressuring for the respect of rights and human dignity.
Cde Manono led the discussions in Mutare, Cde Louis Chihata   led Bulawayo deliberations, Cde Luke   led the Chinhoyi deliberations while cde Chamba chaired the Bindura deliberations. Students in Harare joined commemorations at Harare gardens.
Posted by zinasu at 09:05 150 comments:

The non-repentance of the Minister of Higher Education continues as students continue to languish with funding challenges in the country’s higher learning institutions.
It has become apparent that Mudenge does not at all want students to be given grants as he has recently shot down efforts by the Finance ministry to reinstate the Grants and Loan student funding system.
The Ministry of Finance is indicating that it has raised funds to kick start the bankrolling of the grants system but the Ministry of Higher Education is unceremoniously insisting on the faulty Cadetship Scheme that has only succeeded in yorking students bondage in an economy that is being further sabotaged by Mudenge’s compatriots. 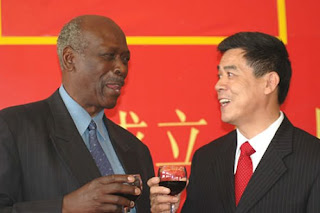 In an effort to track progress, ZINASU National Represantatives pestered the ministries for close to one and half weeks seeking clarity and the current position on the Grants but the response from the Ministry of Higher education has been devastating. Coupled with gross non-corporation, the Ministry has responded that it is “still looking into the matter”, but meanwhile “cadetship is there to stay”.
Students in the country’s tertiary institutions are suffering from chronic funding challenges that overspill into various other challenges that disturb their learning and career nurturing process. Students are dropping out in numbers while some are resorting to uncouth means of raising money.
The treasury has indicated that it highly relies on diamond proceeds among other things for the financing of higher education and the raising of the living wage for the worker. It is however unfortunate that most of the ministries charged with the tributaries that feed into the treasury are Zanu Pf ministries with lootocrats at their helm. 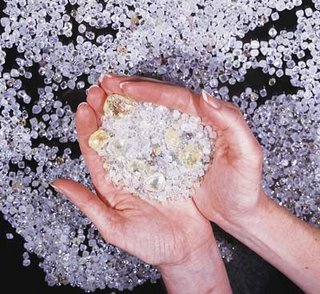 Diamonds are reportedly being looted to smooch parochial personal interests and sponsor luxury living with reports that some barons are now commuting in private jets. Zimbabwe is also ranked number one on the number of Benz per capita in the world while the students and  millions suffer.
ZINASU would like to urge the nation to reject such malpractices and take ownership of the country’s destiny.
Posted by zinasu at 06:31 14 comments:

UNDER CONSTRUCTION
Posted by zinasu at 01:42 262 comments: